An ancient land of fertile well-watered mountains that form the main source of the Blue Nile, northern Ethiopia has long stood at the cultural crossroads of Africa, Arabia and the Mediterranean.

These divergent influences have bequeathed the region a unique cultural and historical heritage epitomised by a quartet of unique and magnificent UNESCO World Heritage Sites - Aksum, Lalibela, Gondar and the Simien Mountains National Park - as well as a vast array of lesser-known but equally fascinating historical sites. 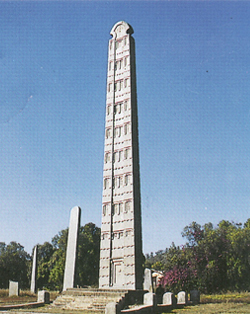 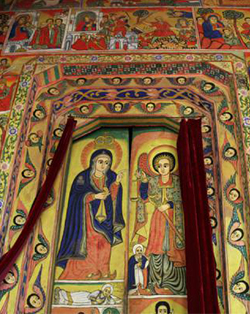 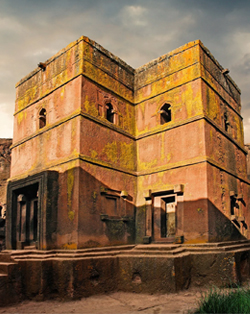 Axum: Land of the Queen of Sheba

Three thousand year old Axum, a UNESCO World Heritage Site where obelisks as tall as ten-storey buildings overlook mysterious ruined palaces once inhabited by the Queen of Sheba and a temple that is said to house the Biblical Ark of the Covenant.

Lalibela: Eighth Wonder of the World

Comprising eleven churches and two chapels, Ethiopia's labyrinthine ‘New Jerusalem’, excavated by King Lalibela in the 12th century and still in active use today, has been dubbed the "Eighth Wonder of the World”. Hand-carved into the rock flake by painstaking flake, a process that would have required around 40,000 man-years to complete, Lalibela represents the apex of an Ethiopian church-excavating tradition that dates to the arrival of Christianity circa 350 AD.

A mesmerizing inland sea fringed by lush tropical vegetation, the 3,156 km² Lake Tana is most easily explored from Bahir Dar, a well-equipped port town that doubles as capital of Amhara Region. The source of the Blue Nile, Tana was known to the ancient Egyptians as Coloe, while the ancient Greeks extolled it as the ‘copper-tinted... jewel of Ethiopia’. Sites of interest include the lake's many picturesque island monasteries, most of which date to mediaeval times, and the stupendous Blue Nile Falls south of Bahir Dar. In June 2015, Lake Tana became the centrepiece of a 5,000 km² UNESCO biosphere reserve.

Gondar: The Camelot of Africa

Dubbed the Camelot of Africa, the city of Gondar — capital of Ethiopia from 1636 until the mid 19th century — combines a modern veneer with an architectural sensibility harking back to the Middle Ages. The city's physical and architectural centrepiece is Fasil Ghebbi, a stone-walled Royal Compound containing half a dozen fairytale castles including the three-storey original built by Emperor Fasil in the 1630s. The Fasil Ghebbi UNESCO World Heritage Site also incorporates several more remote constructions, most notably the Church of Debre Berhan Selassie, with its beautifully painted interior.

Negash, Ethiopia’s first Islamic settlement, was established by Muslim refugees, including close relatives of the Prophet Mohammed, during his lifetime. The tombs of 15 of the original settlers are protected in a new mosque. 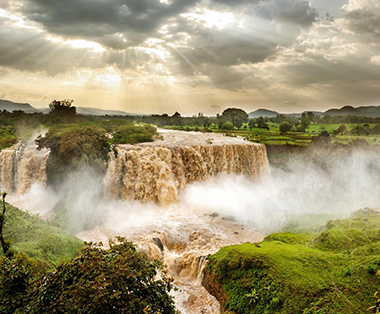 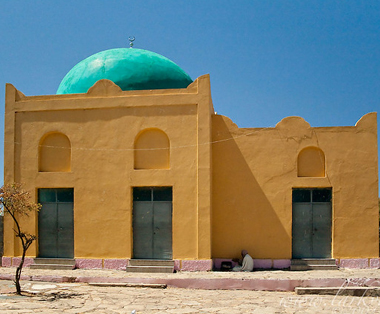