The Mosaic Cultural and Tribes

Misty highland meadows and tall escarpment forests make up much of Southern Ethiopia, but the region is also incised by the gaping kilometre-deep tectonic scar we know as the Great Rift Valley, its acacia-swathed floor dotted with beautiful lakes renowned for their diverse profusion of birds.

The ethnic diversity of this astonishing region embraces modern cities such as Hawassa and Arba Minch, but also the walled hilltop warrens of the Konso Cultural Landscape, the remote tribes of South Omo, the singing wells of the desert-dwelling Borena, towering Dorze homesteads and thousand year old island monasteries. 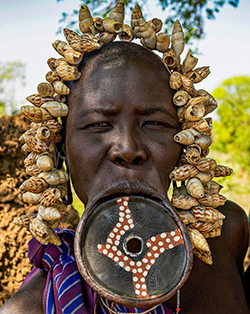 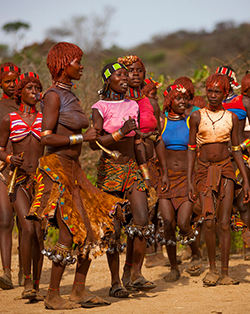 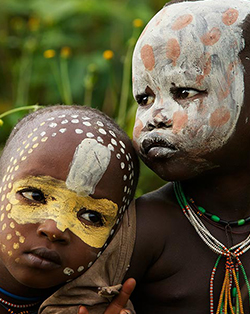 Centred on the pretty green town of Jinka, South Omo is Ethiopia’s most culturally and linguistically diverse administrative zone, supporting 16 different ethnic groups who all staunchly keep to their unique traditional costumes, customs and beliefs.

The Mursi, inhabitants of South Omo are remarkable for their body art. Hamer women are notable for their long-fringed, hennadyed dreadlocked hairdo, while the men must perform a unique bull-jumping ritual as an initiation into adulthood. The Karo, who live alongside the Omo River as it flows along the zone’s western boundary, are celebrated for their colourful ritual body painting.

The best way to explore South Omo is to visit a few of its small towns on their specific market days, when a diverse mix of colourfully-adorned villagers can be seen buying and selling wares.

A UNESCO World Heritage Site since 2011, the Konso Cultural Landscape is named after its agriculturist inhabitants, who have moulded their 230km2 homeland of semi-arid hills into productive agricultural land. A striking feature of Konso is the ancient hilltop paleta (terrace and walled villages) - strange hobbit-warrens towered over by generation poles felled from a sacred forest, and studded with curvaceous thatched community houses. The Konso are also renowned for their waka grave-markers, anthropomorphic hardwood statues carved to mimic the deceased, and for their communally constructed reservoirs. 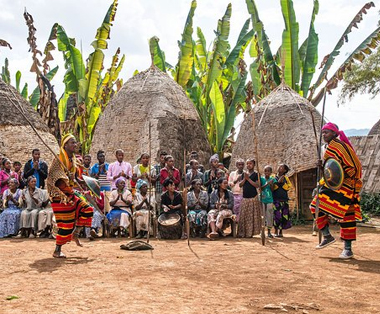 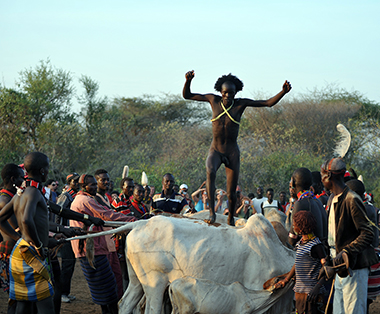 Explore Omo tribes Before Everyone Else Does